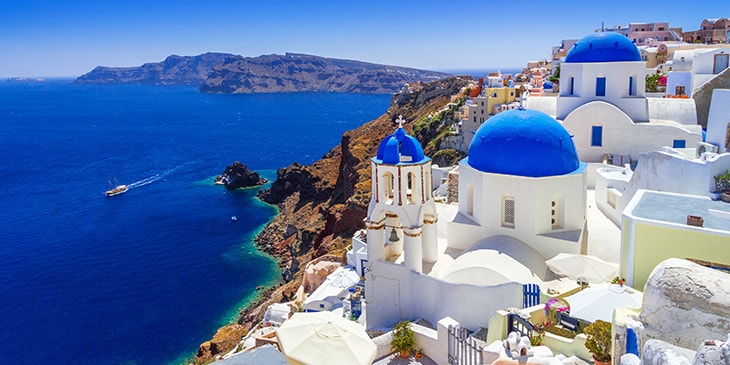 Cheap Flight Deals to Greece - the Cradle of Western Civilization

As one of the most popular tourist destinations in the world, Greece is home to a wealth of historical, cultural and architectural marvels, as well as authentic Greek cuisines and endless natural beauty. The country is located in south-eastern Europe and boasts beautiful coastlines and islands dotted across three seas. The country enjoys a Mediterranean climate with clear blue skies and sunshine for most part of the year.

Those looking to book Greece flight deals can look forward to exploring and admiring a number of interesting destinations and attractions.  Rhodes, a UNESCO World Heritage Site is home to numerous medieval ruins, museums, hotels and eateries. Olympia, another important UNESCO World Heritage Site in Greece highlights the spirit of the ancient town where the original Olympic Games were first hosted in 776 BC.

Athens, the country’s historic capital city is the ultimate dream of many visitors booking cheap flights to Greece. Some of the top attractions in Athens include the Acropolis, the Temple of Zeus, the Ancient Agora and the National Archaeological Museum. Vacationers can also add Delphi to their travel itinerary and discover the famous ruins of the Temple of Apollo, still preserved for the watchful travellers.