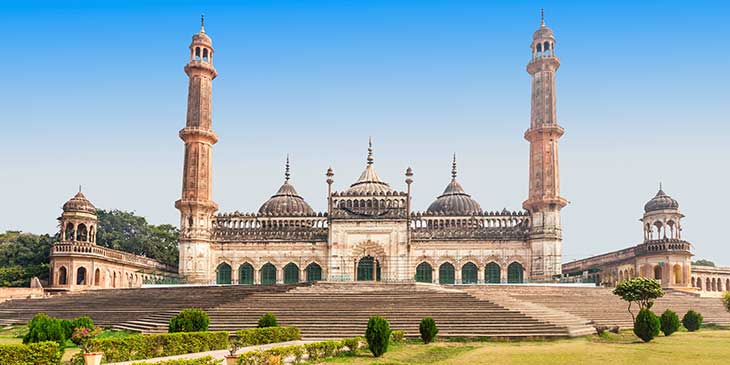 Cheap Air Tickets to Lucknow - The City of Nawabs

Lucknow, the capital of Uttar Pradesh is located on the scenic Gomti River. This awesome city is best known for its local food, warm hospitality and host of interesting public attractions representing its rich cultural past. Lucknow has an interesting colonial heritage which is best explored through the city’s numerous British-era buildings; the famous La Mariniere College epitomizes this aspect in the best possible manner. Brightsun Travel offers discounted airfare deals to Lucknow.

Bara Imambara is one of the most prominent attractions in Lucknow. Built in 1783, this magnificent monument features a large mosque, a labyrinth and two imposing gateways leading to the main congregation hall – hence the name, Imambara. A ticket to this monument would also include admission to the Chhota Imambara (Small Congregation Hall), the Husainabad clock tower and its picture gallery.

While exploring the city of Lucknow one can visit the Old Chowk, Hazratganj or Aminabad Market to purchase an authentic Chikan dress and many other traditional items. For food lovers, there are the ubiquitous kebabs, tikkas and other exotic non-vegetarian dishes to sample. All these local delicacies can be best savoured at the noisy markets of Hazrat Ganj and Aminabad. Plan a memorable visit to the City of Nabobs with cheap airfare deals to Lucknow.