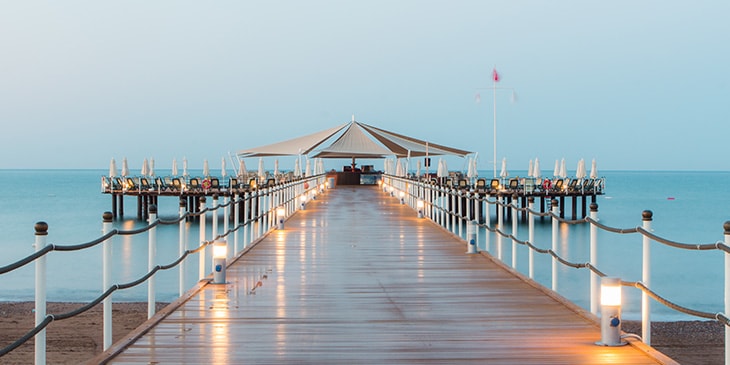 There are some captivating archaeological sites and attractions within the vicinity of Belek. The ancient town of Perge is worth a visit; it’s one of the Pamphylian cities which is home to some incredibly preserved ruins, including a Roman temple and public baths. The Roman Aspendos Theatre is just as impressive, in fact so impressive that it’s considered as one of the best preserved Roman sites in the world.

Belek is surrounded by some captivating natural wonders. The Koprulu Canyon National Park is set under an hour’s drive from town and the journey here is very scenic as you pass mountains, waterfalls and forests. Another natural marvel in Belek is the recently discovered Zeytin Tash cave which has some amazing formations of stalactites and stalagmites. Book tickets to Belek and prepare for lots of exploration in this stunning Turkish town.