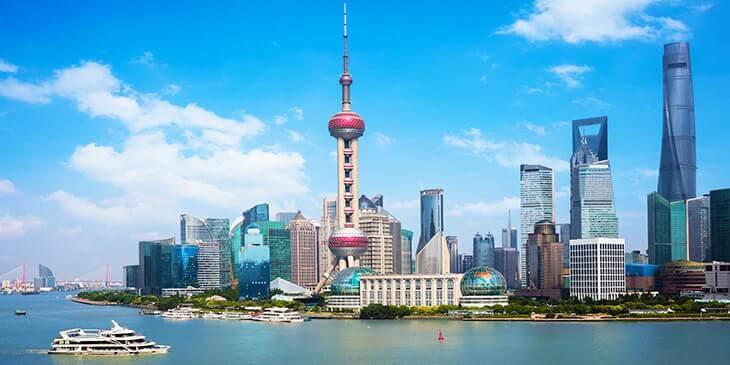 Shanghai is the largest city in China and one of the world’s fastest growing cities that boasts ultra-modernity with bullet train services, an impressive skyline of futuristic buildings - some listed among the tallest in the world, new boutiques, galleries and Michelin-starred restaurants opening up on a regular basis and countless financial and commercial centres. The fascinating thing about Shanghai is that despite its state-of-the-art appeal, the city has retained its historical charm with many restored heritage buildings and ancient pagodas. To really step in time and explore old-world Shanghai, you should definitely visit the Old Town, which is home to cobbled streets and colonial buildings. Brightsun Travel offers cheap tickets to Shanghai from India, taking you to the heart of this spectacular Chinese city.

Shanghai is an excellent cultural hub with an array of interesting museums and galleries to explore. The Shanghai Museum is a must visit, introducing you to the city’s rich cultural heritage with thousands of relics, artefacts and art masterpieces. This museum building is as striking as the exhibits, with a shape resembling an ancient Chinese vessel. The Shanghai Propaganda Poster Art Centre is another captivating venue that is based underground, with an exclusive collection of more than 6000 original propaganda posters from the 19th century, allowing you to learn about China’s communist periods. Finally, Shanghai’s Jewish Refugees Museum is worth visiting. This enlightening venue commemorates the thousands of Jewish refugees who settled in the city during World War II with artworks, photos, stories and artefacts.

Shanghai is chaotic city, and at some point you’ll probably need some time out to relax. Luckily enough there are plenty of parks and gardens to retreat to; you could visit Yu Garden, a tranquil Chinese-style garden dating back to the Ming Dynasty with landscaped gardens, lotus ponds, rock formations, flora and fauna and ancient buildings. Century Park is another stunning green space and the largest park in the city with a picturesque lake, picnic spots, tree-lined nature trails, a butterfly park, bamboo forest, bonsai garden and much more. Another way to escape the city bustle is to venture to one of the pretty water towns that surround Shanghai, which offer a slower paced way of life. Book cheap airfares to Shanghai with Brightsun and look forward to endless opportunities in this mega city.