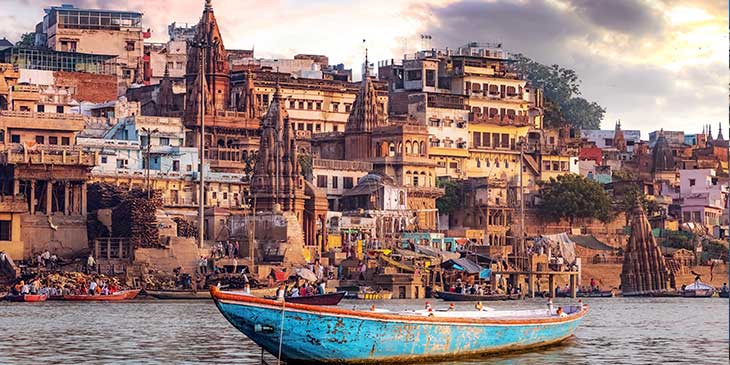 Varanasi is a Hindu pilgrim city in the north Indian state of Uttar Pradesh. The city is sacred to Hindus and Jains and boasts of a number of significant temples and other colourful sacred sites. Varanasi has its own international airport and frequent railway connections to New Delhi and other important cities in India. Brightsun Travel India offers discounted airfare deals to Varanasi, allowing you to explore the city’s spiritual avenues and cultural centres.

Varanasi’s crescent-shaped bank along the River Ganges features a continuous stretch of 84 ghats (steps leading to the river). Legend has it that these ghats were built by Hindu kings who wished to die along the sacred river. Of the 84 ghats of Varanasi, Assi ghat is quite popular among tourists, while Manikarnika Ghat is the main cremation ghat. Walking along the ghats, one can watch the evening rituals that are held with great devotion.

Ensure you discover Chunar Fort, a 2000-year-old fort in the outskirts of Varanasi. Its walls and ramparts are made of local sandstone, while its gates feature intricate inscriptions. You can also visit the famous Alamgir Mosque to get a bird’s eye view of Varanasi and take Yoga and Ayurveda classes to get a taste of ancient Hindu practices. Explore all this and much more with cheap airfare deals to Varanasi offered by Brightsun Travel India.