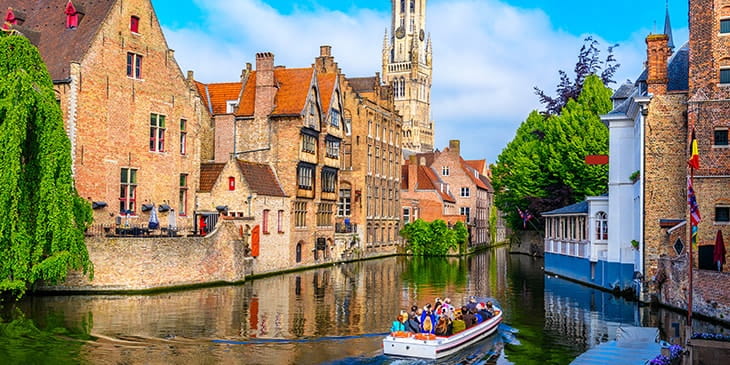 Belgium is a charming country located at the crossroads of Western Europe, surrounded by the Netherlands to the north, France to the southwest, Germany to the East and the North Sea to the northwest. The country is best known for its rich cultural heritage which is well preserved at its museums and Gothic towns and also boasts a wide range of culinary specialties, including delicious Belgian chocolates.

Belgium is known as the ‘Cockpit of Europe’ due to being the battleground for several important battles in European history. Of these, Ypres in West Flanders and Waterloo in Wallonia are particularly popular for their historical significance. Similarly, one can find numerous important castles, cathedrals and other important historic towns in Belgium primarily due to its position of being a significant power centre for several European rulers.

Namur, the capital of Wallonia is the perfect base for exploring the beautiful hills of the Ardennes. Apart from wooded hills, these mountains feature dense forests, caves and cliffs and offer great topographical settings for hiking, biking and rock climbing. Visitors booking their cheap flights to Belgium may also include La Petite Merveille adventure park in their itinerary.